Before I get into anything, here’s some quick facts about Bears Ears and the American West:

Yadda yadda yadda.  I like letting nature kinda speak for itself. 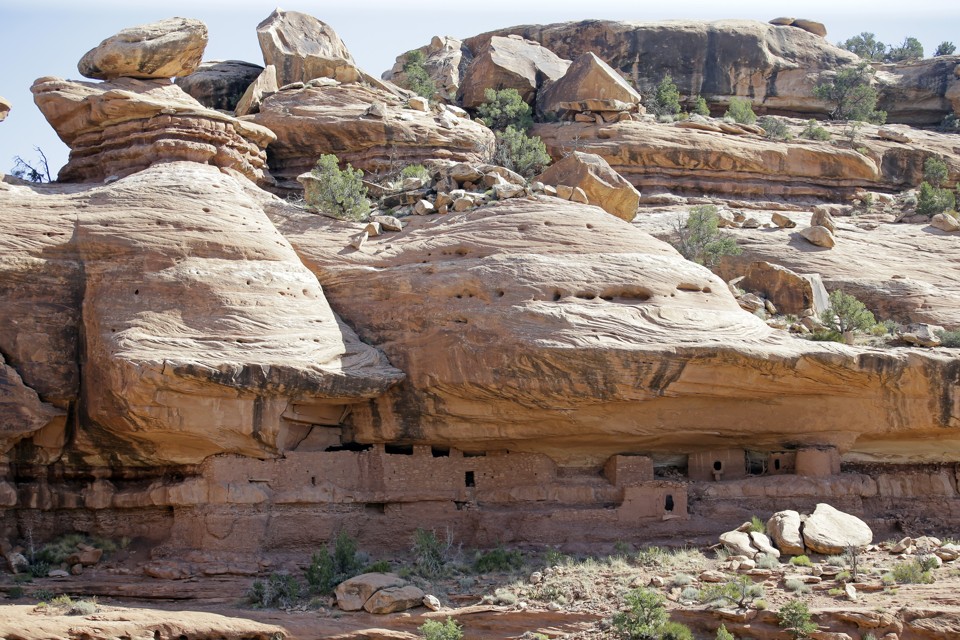 A lot of people say the USA is a culture-less country.  We’re a mishmash of a bunch of different cultures and never really got a foothold on who we really are, or that we appropriate aspects of other people’s culture into our own.  I don’t know if I find that true.  Something the United States has is rich diversity between different landscapes.  Our country was quite promptly built from the ground up in very rugged and unforgiving environments, sometimes leading to tragedies that would be remembered for decades and decades (hello there, Donner Party).  The wild – whether or not we see it anymore today – was such a pivotal part of who we were be it legendary mountain men or exciting tales of the lawless and remote west.  As our country is still pretty fresh out of the oven compared to existing nations, they are still relatively prevalent aspects of our culture in a small way.

I of course have to mention that we did all that on the backs of others and have a really ugly history with our treatment of the indigenous.  I feel like that goes without saying, but you never know.

In any case, the outdoors is still part of who we are.  We have legendary conservationists as a proud part of our history such as John Muir who’s quotes never go unheard, and we pretty much came up with the idea of National Parks to begin with.  The clashes that ensued from which aren’t too different from what’s going on today with Bears Ears.  Yellowstone was the first place in the USA to be set aside as protected public land, and its history before then is really crazy interesting.  Mountain men would come back from the rockies talking about places sounding almost mythical:  Hot water shooting from the ground, petrified trees, boiling mud.  It seems normal now, but they were usually discounted as tales of crazed explorers back then.  Expeditions were set out and it was discovered to be real, and even back then there were those concerned about it being ‘vandalized by modernism/commercialism’, it was so out of the ordinary it sparked a historic movement in our developing nation.  Motions were set out to protect it, and it succeeded as we know.  It faced large opposition from locals who were concerned about their local economies, being cut off from natural resources.  State representatives fought to try to have the protections removed.

While what’s happening right now is disturbing, it isn’t new.  Yosemite went through the same fight during its saga to become a National Park.  Now look:  Both Yellowstone and Yosemite are hallmark locations for American tourism, you’re really hard-pressed to find someone who doesn’t know about at least one of those.  The local economies capitalized on the popular destinations, and the rest is history.  Things worked out without companies coming in and leveling the land for lumber and minerals.

I’m hearing a lot about how this isn’t about resources, it’s not about removing existing protections from certain areas, including from our current cabinet.  But then Trump himself goes off and says that these national monuments…

Trump uses a very appealing rhetoric and is what ultimately gained him traction during the election and maintains his current support.  He’s an apparent outsider, people in the right places hate him, he’s looking out for the Johns and Janes of America, your everyday folk.  It’s a notion I’d like to believe myself, but I have an inherent distrust of anyone coming in from wall street, or anyone with ties to wall street.  This was a problem for me with the previous administration as well.  Anyways, something I’m hearing a lot is how this is “Giving power back to the states”.

Enough about Trump for now.  Who’s supposed to be reviewing all this?  Ryan Zinke, who oversees the Department of the Interior.  He is charged with looking over a number of National Monuments starting with Bears Ears.  What’s his background like?  Namely he has in the past disagreed with allowing the sale of federally protected land.  That sounds positive, but it gets weird in that he supports said land being transferred to be looked over to the states.  All of this is supposed to give the power back to the people, as if this land wasn’t accessible to us before all this.  What happens if this land is transferred to state power?  They are either developed on or sold off because the states can’t handle the financial burden.  If you want to get a view of what this is like, check out Half Dome Village in Yosemite.  It’s… a nightmare.  I see its allure for the casual driver-uper-adventurer, but the impact on the surrounding wildlife was horrible.  I couldn’t open a granola bar without having an army of squirrels close in on my camp, even deer would come around and eyeball me.  Then there’s what I dubbed “The Concentration Camp”:

Suddenly a swimming pool for some reason..

It looks pretty quaint on a Google image search, but you really do have to experience it for yourself to understand the scope of it.  This all wasn’t necessarily done with stolen public land, but it’s probably the most optimistic representation of what things could be like should public land be turned over to the states.  Realistically, most of it would just be sold off for resources and the true gems would be left as resorts.

What’s even more interesting: the people don’t want that… at all.  95% of Americans want current protected lands to remain protected, and 80% would be in favor of a tax increase in order to keep things that way.  So in what weird world is this suddenly about the people when we didn’t ask for it?  They’re taking a highly unfavorable position and trying to tell us that it’s a good thing, which isn’t an unheard of tactic of this administration.  Astonishingly it works sometimes and I have a hard time comprehending how.

This is where I bring in my not-unheard of thought on this:  This is a backdoor, it’s a way to set a precedent in being able to take chunks off of public or federally protected lands to sell them off to private interests in the name of resource extraction.  I’m not going to say anything cheesy about how fat rich people are lining their pockets with fat stacks, but I’m thinking it.  It’s our supposed ‘wall street and government outsider’ opening doors for wall street to come in and have access to previously inaccessible resources.

It all started with a chunk of land outside of a couple small towns in southern Utah.  It started with a clash between development plans between state representatives, a handful of locals, tribal nations, and the federal government as it was back way back when the first national parks were being established.  What ensued was childish retaliation and then an avenue into untapped resources for economic expansion.

Something I hear pretty frequently of those who support this and the transfer of protected lands to a state-level is that we can’t trust the federal government to do anything right, that they just screw things up.  I’ll admit sometimes the services overseeing public lands can be downright confusing sometimes as far as policies and permits goes, sometimes leading to different answers from different people.  Beyond that it can be hard to see changes made to certain policies due to the bureaucratic nature of it all.  But if this is really about the people, if this is about our rights, it should be in our hands.  Where’s our opportunity to officially interject?  And I mean, let’s be real: access to public lands is so incredibly easy despite the occasional hiccup.  You walk up, you either buy or receive a free permit (sometimes you don’t even need a permit at all!), and you continue along your way.  Restructuring of the system would be healthy as it always is, but that is absolutely not what is going on here at all.

So I’m not a rally/protest kind a guy.  Not as much as I used to be.  I’ve largely found them to be me standing around listening to a few people speak, standing in a sea of fluttering signs with catchy phrases on them and fun chants.  I’ve always viewed them as an awareness thing more-so than “making our representatives shake in their boots”.  I’ve found they are pretty stoic, uncaring, and extremely dismissive of public outcry unless it reaches levels of almost illegal controversy for them.  They duck out on you if you try to visit their office, you get automated emails or letters back if you write in, voicemails go unanswered or the inbox is ‘full’.  Don’t get me started on petitions.  The source of change always comes from the general public.  I said in my last article that I feel the best way to reach a happy ending with this is to just share your experiences with our wild areas and help those around you become enthusiastic about them as well, and I still feel that way.

That being said, I went to a rally, and I found it reassuring.  It wasn’t enlightening, politically charging, or anything like that; just nice to see a bunch of people with a shared love showing up and doing what they can to defend that love.

This place likes to tout itself as the outdoor destination, from its excellent ski resorts to its interesting desert landscapes.  They recognize the value in these places, but they actively fight against it at the same time.  There’s a really awkward duality to this state that I wish was a little more apparent to tourists.  This state as a whole is just really strange about everything it does.  Tourism is by far the largest source of income for the state, other exportable goods such as metals earned the state $4.2 billion in 2014 by comparison.  They’re biting the hand that feeds them probably in the hopes of replacing it with another industry.  Why?  That much is anyone’s guess.  Like I said, this place is weird.