I’ve settled on just using my gear I already have for the most part, there’s no point in buying new stuff when my setup from the PCT is still good to use right?  Even so, some stuff did wear down a bit or just break completely.  You can view my full gear list here, and eventually I’ll be going more in depth on what I got rid of/replaced on trail.  But for now I don’t feel like it so I won’t.

Technically I did this later on trail during my very last stretch, but I’m using the Gossamer Gear Pilgrim in lieu of the Mariposa.  Frankly the Mariposa just wasn’t for me, it caused me a lot of aches and pains on trail despite me being at a 12-13lb baseweight which is pretty safe as far as that pack goes.  Still it just wasn’t comfortable at all and I very much hated it for the most part.  That’s not to say it wasn’t a good backpack, people love it.  It just wasn’t a good fit on me or something.. who knows.

The Pilgrim isn’t without its problems, the biggest and only thing really so far is that the shoulder straps kinda dig into my ribs a bit but it’s pretty minor and hasn’t been that big of a nuisance.  It takes a little adjusting here and there but I can almost eliminate it.  Overall it’s much more comfortable on me than the Mariposa, it’s much smaller and is the perfect size.

On the PCT and even before it, I used the Patagonia NanoPuff.  I’ve put that thing through the wringer and it’s still in great physical condition.  The only problem is I’ve noticed the quality of its warmth has taken a hit.  I’ve worn that thing so much, crammed it into tight spaces in my pack constantly.. it makes sense that it’s not performing as well anymore.  It was a great jacket and I’m not saying anything bad about it here, but it irks me a bit that I paid around $300 for it to last three years.  Don’t get me wrong, that’s a decent amount of time considering how heavily I used it, but I’m not doing it again.  I’m not going to buy another expensive puffy jacket, so I’m moving to fleece.

The Melanzana has a good reputation and it’s only $70.  That’s it really.  While I literally just said “The Melanzana has a good reputation”, I’m not going to do that thing where I buy stuff just because it has a name attached to it or it gets used a lot by other hikers.  That leads you to spending a lot of money replacing gear which isn’t good.  That money is going toward the next hike.  Bonus points, it weighs just as much as my NanoPuff (which wasn’t the lightest thing in the world, but light enough) so.. it just works out.

I loved my Sony RX100.  That camera was just incredible, but I have minor complaints about it.  First off: It’s broken, so that’s not a fun feature.  Second off: There was no image stabilization to speak of which just sucked once I sat down and started editing my footage.  It took me a long time on trail to work out a system to keep the footage smooth while I walked, which unfortunately was a month before my hike ended.  It’s also a relatively fragile camera which makes me cringe bringing it out on hikes considering the price.  So yeah, it’s broken and I need a new one.  I was originally going to go with the new GoPro Hero 5, but… 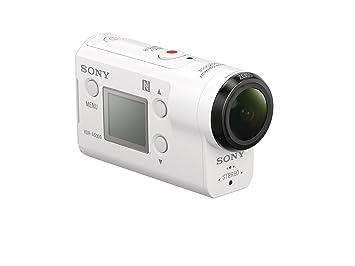 Sony makes an action cam too, and all my accessories (batteries, charging dock) from my RX100 work for this camera as well which saves me money.  Not pictured is the waterproof housing that comes with the camera.  This isn’t the top of the line model that Sony makes, but I don’t need it to be really.  This camera will do the job, and I can get it used for a really great price.  Bonus points:  It has fantastic image stabilization which – as you’ve probably picked up by now – is a thing I care about.

I wasn’t really in the market for action cameras so I can walk around with a camera protruding from my face via some peripheral, more-so because they’re compact, built to take a bit of a beating, aren’t as expensive as something like the RX100, and still pack a punch as far as image quality goes.

Very modest updates this year.  I’m just dragging along financially, which is a good place to be because I’m being very strict with what I spend my money on which in a weird way helps me save for my next hike a little easier.  I swear that makes sense somehow.  I did have to make concessions though, namely on where my next hike will take place.  More on that later once I figure it out 100%.

For now, that’s about it.  I’m rendering my next PCT video right now, so expect that to be up either tonight or tomorrow, my software has been a major pain in the ass all day so I’m keeping my fingers crossed on it working in time for tonight.