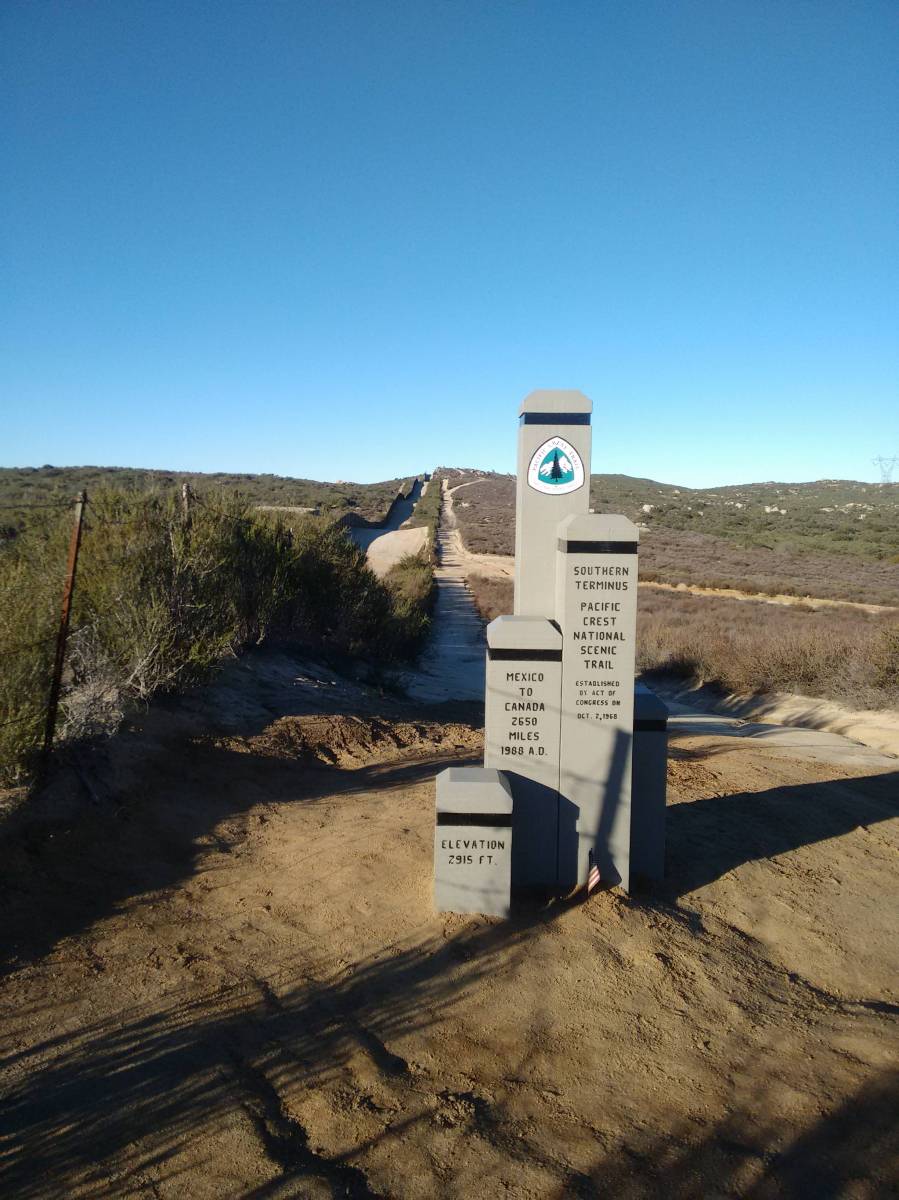 Am I beating a dead horse at this point?  I have nothing else to do!  But sitting on my ass and waiting for this thing gave me opportunities to reflect on what exactly is going on with my brain and why it wants me to go walk for five months.  More importantly, I might get a laugh out of this next year.  This is my final word on the “why’s”.  There’s much more to discuss that I’m pushing aside due to my jerk brain.

When I first decided to hike this, my perception of the trail was.. well it was embarrassingly bad.  You can go back and read it, I’ll leave up the initial post for you.  I envisioned an absolutely solitary experience where I’d brute-force my way to Canada.  It was just shy of being a new Bear Grylls series.  I have a very active imagination.  Don’t blame me, blame the brain.

I was also bad at accepting help (that has just slightly changed), so I didn’t go out and ask questions.  I didn’t seek out information from post-hikers, I just kinda read up on a few journals and said “Yeah, I got this”.  My gear very much reflected this mentality.  I think I had two knives at some point.  Let’s not even get into the fact that I thought I’d live off Mountain House meals the whole way.. imagine the horror.  The gastrointestinal horror.

Before deciding on this, it had been years since my last backpacking trip.  I was a little out of touch with the whole thing.  But I went out more and more, and really chilled out a bit.  I had moments where I could say “I can’t believe I was able to do that”, etc.  At which point I felt more open to letting other people’s advice and stories really sink in.  So the trail to me went from this bad ass solo experience to just wanting to sink into the dirt and melt my way to Canada with the herd.  It went from me triumphantly stomping my boots into the fiery razor sharp ground to just treading over soft dirt.  All it took were a couple moments where I just sat there with an empty mind and took in everything around me.  I don’t feel like I need to conquer anything, though that kind of contradicts my need to complete it. I never said I wasn’t a hypocrite.

There’s a lot of reasons why I’m doing it, some shallow, some super deep, but mainly it’s because the PCT is like a supermassive black hole at the center of my galaxy.  Its gravity well is unmatched.  Why do planets orbit each other?  They didn’t just up and decide “Hey, I’m gonna go over here and spin around this rock for a few hundred millennia because why not”.  A star was born, stardust clumped into rocks, rocks clumped into bigger rocks, until they were big enough to have the honor of being called a planet.  Sometimes planets clump into other planets and things become a little chaotic, and at the end of the day you either have a field of superhot debris or you have the Earth and the Moon harmoniously spinning around each other.  Gravity dictated that this would happen.  I don’t know what the hell I’m talking about here, what I’m saying is there are so many little things in my life that led me to this (but you’re welcome for the astronomy lesson).  It’s kind of amazing to go back and track which little moments pointed me to the right direction, sometimes things were immensely screwed up and depressing, but certain things were born from these chaotic moments. I still don’t know what I’m going on about.  Planets and stuff, man.

I still have my doubts.  Mostly stemming from how gloomy I feel in Washington during the winter (I finally understand why people complain about having no sun).  All I know is that when I hike, all I want to do is keep on hiking.  When I see a pass, I want to go over it to see what’s on the other side.  I revel in the moments where I push myself beyond what I feel is my capacity.  I never feel like leaving, but I still have these weird ties to what people inform me is the real world (Oooh look, I’m getting all snooty here, watch out!).  I know I’ll never get free from that, and part of me doesn’t want to.  Contrast is important, if I forget why it is I’m essentially running away from the world screaming, I lose this safe feeling I get when I imagine waking up under the trees despite my brush with bearanoia (paranoia + bears.. Get it?  Get it? ).  To me, at this moment, it’s just a walk and a way to live differently (ignoring all the obvious stuff like great views and such). I need to find my other end of the spectrum that is life (from snooty to deep in 82 words with a pun in the middle, that’s how I roll).

I’ve never been the kind of person to throw all my cards on the table for something, I’ve always been about as cautious as a stray dog is when you try approaching it:  “No. I need at least five contingency plans and three escape routes before I accept the treat from your hand, sir!”.  I don’t have that this time, and I don’t feel the need.  Even if I don’t hike the whole way, whatever I get in will be enough for me (unless I get chased out due to snow storms or fire closures).  Whatever I do: 100 miles to the full 2,650, I feel strongly that I’d go back for more.  This is the first time I’ve had an idea and fully committed to it, the first hurdle I had to get over was sticking with it and dedicating my time to painful hours of research and watching my savings drain in front of my eyes.  I’ll usually attach myself to something just to distract myself from all the things that drag me down, and once I feel better I drop it immediately.  I’m elated that I haven’t done that with this, which I guess is why I can’t shut up about it.

So that’s it.  Of course there’s more to the story, but there always is.  It’s easy to sit in my chair here and say “Of course I’ll do it”, but it’s another thing entirely to actually put your feet on the ground and start walking.  For everyone’s sanity as well as my own, I’m going to switch gears and go over other things.  I have gear to review, resupply things to talk about, and of course there’s more hikes for me to do until April.

I missed my mark on having a Corgi picture in this post.  Here’s a random one.

2 thoughts on “The PCT: I actually don’t know why I’m doing it”